How to maintain the shower

1. Invite experienced professionals to carry out construction and installation. When installing, the shower should try not to hit hard objects, and do not leave cement, glue, etc. on the surface, so as not to damage the gloss of the surface coating. Pay special attention to the installation after removing the debris in the pipeline, otherwise it will cause the shower to be blocked by the pipeline debris, which will affect the use.

2. When the water pressure is not less than 0.02mPa (that is, 0.2kgf/cubic centimeter), after a period of use, if the water output is found to decrease, or even the water heater is turned off, it can be placed at the water outlet of the shower Gently unscrew the screen cover to remove impurities, and it will generally recover. Be careful not to forcibly disassemble the shower head. Since the internal structure of the shower head is complicated, non-professionals should not disassemble it without authorization. 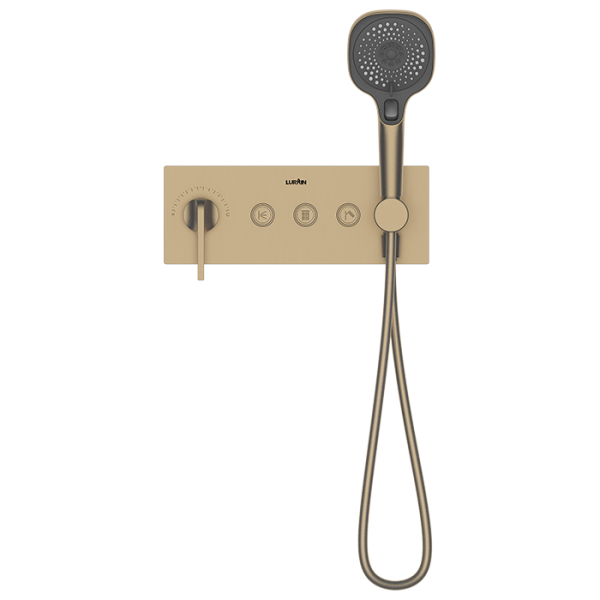 3. The metal hose of the shower head of the bathtub should be kept in a natural stretched state, and do not coil it on the faucet when not in use. At the same time, be careful not to form a dead angle at the joint between the hose and the faucet, so as not to break or damage the hose. Do not use excessive force when switching the shower faucet and adjusting the spray mode of the shower, just turn it gently.

4. Even if it is a traditional faucet, there is no need to spend a lot of effort. Take special care not to use the faucet handle and shower bracket as a handrail to support or use.

Pre：How to look at the quality of the shower head when purchasing?
Copyright © Guangdong Xiyiou Sanitary Ware Co., Ltd.-广东希意欧卫浴有限公司   粤ICP备2021124667号